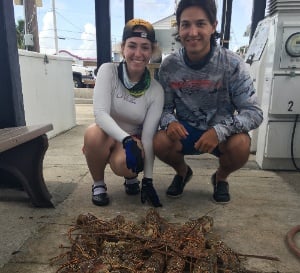 Shallow water snorkeling at the beginning of lobster season can be amazing. Imagine looking under a rock or in a hole and seeing a dozen or more lobster waiting for you to pick them up and take them home for dinner. It is a great family activity and the sheer beauty of the shallows and coral heads is a site all should see. So load up the kids and bring your towels and let’s go explore the shallows for lobster.

While dragging nets the shrimp boats not only catch shrimp but all kinds of other fish called bycatch. Normally they just sort out the shrimp and dump the rest overboard. The fish aren't dumb they follow the sound of the shrimp boats for a free meal and just wait for them to dump the bycatch. Well what we do is show up at the grounds between 6 and 7 am when they are getting ready to dump their bycatch and we become the food source. It is amazing to watch a five hundred fish boil next to the boat. 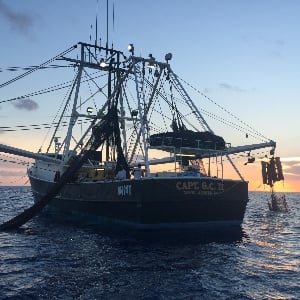 The water just comes alive with boils as we throw the shrimp trash in the water, everything from bonitas, blackfin tuna, sharks, cobias and mackerel. Don't forget all the fish on the bottom sitting down there waiting fro their free morsel to drop from the surface, mutton snappers, groupers and all kinds of bottom fish. To catch the tunas often you don't even put the bait in the water you hold it out above the water and make them jump for it, like a puppy jumping for a treat. It is probably the best fly fishing opportunity in the entire keys and that is saying something. I had a trip out to the shrimp boats where my anglers caught 200 fish on fly in one day, everything from barracudas to blackfin tuna, sharks, cobia, amberjack, bonitas and even permit. It is one of my favorite fisheries and customers are often so dumb founded they just sit and feed the fish after they are too tired to catch any more. It's a long run but it is a lot of fun.

As light dims and the suns sets fish come out to feed. The tarpon fishing in the harbor of Key West is already legendary but to watch a sunset as the the Silver King jumps in the air on the end of your line is burned into your memory forever. Harbor fishing is a very hands on fishery for tarpon. You free line back a bait in the current and when he picks it up you begin to wind. Remember we are using circle hooks so don't set the hook. As soon as the line starts to scream out you lift your rod tip and begin to pump and wind the fish in. Normally to make the fight a little easier we drop anchor and chase the fish. They aren't edible so we don't kill them but we will bring them up close enough for some great pictures. 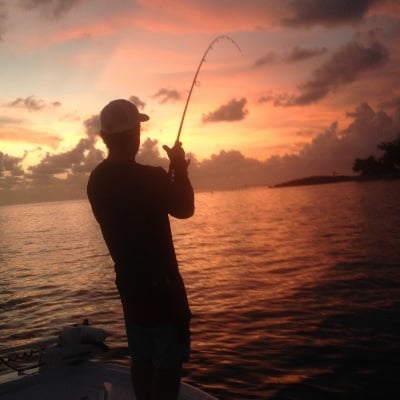 Shark fishing at sunset you can just hear the music from Jaws, dunt dunt dunt dunt. Shark are a blast to catch and the action shark fishing often is one right after another. It normally take s a little while (15 mins) for them to find the chum but as soon as they do they stack up around the boat and it is one shot after another. Most common sharks are lemons, bulls, black tips, hammer heads and so many more. They range is size from 20 lbs to 600 lbs and even bigger. Shark fishing is again a catch and release fishery. There is no reason to kill them most are no good to eat. So come enjoy the sunsets peace and tranquility only to be disturbed by the reel screaming line with another fish on.

Years ago the Air Force built towers out in the Gulf of Mexico for communication and mapping. The towers are anywhere from 29 to 60 miles into the gulf and to fish in federal waters in the gulf requires a special permit. So not a lot of guides have it and not a lot of guides run that far out to fish. Needless to say the fishing around the towers gets very little pressure and the fish are dumb. I love dumb hungry fish. You will find permit, cobia , barracudas, grouper, snapper and goliath groupers on the towers. The large tower legs are as close to oil rig fishing as we have in the keys and hold some truly great days of fishing.

The Gulf of Mexico is littered with ship wrecks from all different eras. There are World War II wrecks to shrimp boats to every kind of sea going vessel you can imagine. Being that the gulf has a fairly flat bottom, the fish are attracted to structure for protection. The truly unique thing that happens around structure on the bottom is the food chain that lives on the wreck. The smallest of baits live in round the wreck to provide themselves with structure to hide in. A natural food chain occurs because where you have small baits you have larger and larger fish to eat them. 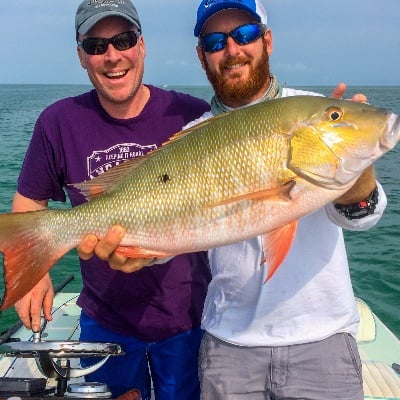 The different gulf wrecks hold different fish at different times of year but you can always expect to find grouper, snapper, barracuda, sharks, goliath groupers, permit, king mackerel and many more. The typical style of fishing is to anchor up current of the wreck and start chumming to draw the fish away from the structure. Once you draw them away a little you can drop down a bottom rod and as soon as it hits the bottom you have a bite. Many times the cobia will follow a shark up and you can catch one after another, switching from spinning to conventional tackle. Bottom fishing is great for novice anglers and kids because the bites come often and constant, if you lose one you'll get another shot.

Key West is lucky to have the quantities of fish and the natural structure to hold them. Year round in the keys permit migrate from the shallow water to the wrecks. Sight fishing the shallow water wrecks for permit is a blast. Watching a school of 15-30 permit swim at you while you are holding a crab ready to cast is enough to make even the most seasoned angler muff the cast. The excitement of making the cast and watching the permit eat the crab is wild. This fishery is not for everyone, it takes a decent cast and even then sometimes they still don't eat. There is a reason they are considered one of the premier gamefish in the Florida Keys. They can be absolutely frustrating but when everything goes right the smiles on my customers faces tell the story. 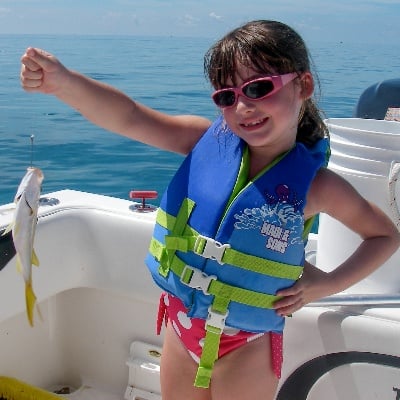 Whether on fly or spin, catching sharks in three to four feet of water is just fun. The typical trip starts with a short run to the shallows around the out islands called flats. The water is crystal clear and picturesque and flat calm. The excitement of watching the sharks from 100 yards swim in following the scent of the bait and zoning in their prey is almost too much for some charters to take. Then you get to watch as they get more excited and begin to feed. Shallow water shark fishing is a blast for anglers of all ages and a great way to introduce young anglers to the sport. Typically fast action and constant different species of fish keep it entertaining.

The Island Excursion trip is a custom charter for the out islands. It is your own deserted island to play on, going snorkeling, shelling, eating lunch, basically relaxing and hanging out. You can mix this into a fishing charter or just play on an out island for the day.

During certain times of the year reef fish congregate on the reef to spawn and feed. Whether it is the mutton snapper or mangroves or others the fishing action is unbelievable.   A short run of about 6 to 8 miles in to the atlantic side ,the fishing begins with anchoring the boat and chumming the fish to the back of the boat.   In just a few short minutes the fish will ball up behind the boat sometimes the water will turn yellow with large schools of yellow tail snapper. You drop a bait just drifting it with the current then all the sudden it takes off running. All you have to do then is close the bail and the battle begins. Often as the sun sets the fish become even more aggressive and the bite goes off. This is a fishing trip with a Key West sunset all in one.